High Quality Maps of the Famagusta district of Cyprus

Frommer's Cyprus with Your Family: from the Best Family Beaches to Mountain Villages 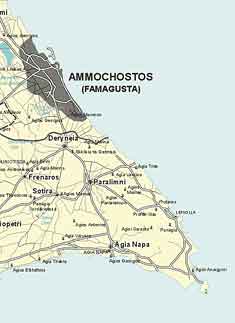 Map of the Famagusta area 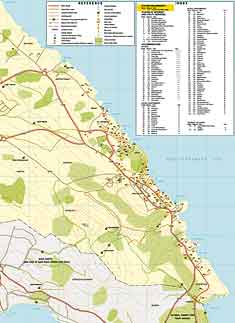 Road map of the Protaras area 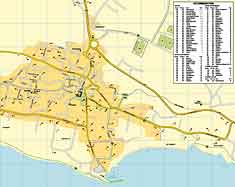 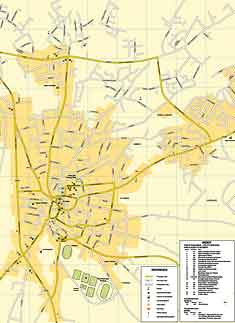 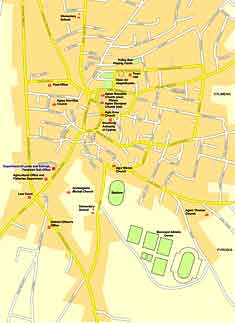 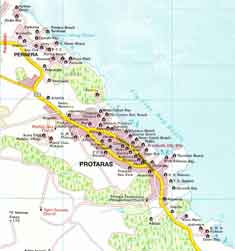 Beaches in the Protaras area 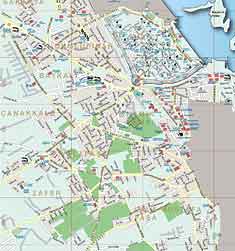 Street map of Famagusta (in Turkish)

Famagusta - An area of rich contrast

Most of the Famagusta district of Cyprus has been under Turkish control since the 1974 invasion. The main town of the district, Famagusta (Gazigamuza to the Turkish Cypriots, Ammochostos to the Greek Cypriots), is in the Turkish controlled area. The Karpasia Peninsula and the entire north-eastern section of Famagusta district is now administered separately as the Iskele district, a division not recognised by the Republic of Cyprus.

Today, the most famous place in Famagusta district has to be Ayia Napa. Ironically, it was the invasion in 1974 that launched Ayia Napa to fame and fortune after the Varosia beach strip in nearby Famagusta was closed down and tourists naturally migrated south to Ayia Napa. High spirited and famous for its nightlife and wonderful beaches, Ayia Napa has been transformed from what was a tiny fishing village in 1974 into an enormous tourist resort today.

Almost as famous as Ayia Napa is Cape Greco at the southern end of Famagusta Bay. An area of outstanding natural beauty, Cape Greco is a protected coastal nature park. From the high points on the cliff there are amazing sights out to sea and, according to local legend, Cape Greco is the home of the Ayia Napa Sea Monster, a mythical beast of folklore of which there have been countless sightings. Some say that it looks a bit like a crocodile, others say it is more serpentine.

Another area in Famagusta district that is rapidly becoming very popular with holidaymakers is Protaras. In Protaras life is much more laid back, with more focus on enjoying the beach and the natural surroundings than the all night party atmosphere of Ayia Napa