High Quality Maps of the Nicosia district of Cyprus 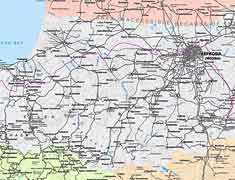 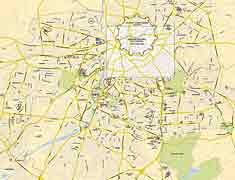 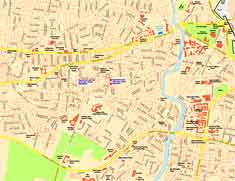 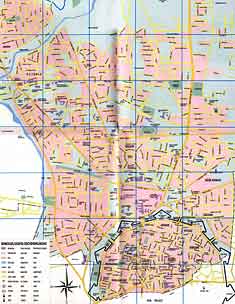 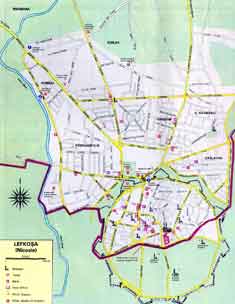 Nicosia - A Fascinating Cocktail of Cultures

Nicosia is the capital of Cyprus and is the only large town in the interior of the island. It is often described as a cosmopolitan centre of business and culture and is regarded as the main shopping area in Cyprus. In Nicosia you will find shops that sell locally produced items such as pottery and embroidery as well as larger stores that sell products like perfume and fashion; these generally retail at prices lower than anywhere else in the EU.

As well as places to shop you will find lots of restaurants and bars to suit everyone's tastes.

Nicosia is surrounded by 16th century Venetian walls and boasts plenty of churches, museums and medieval buildings that link the town to its past, making it feel very nostalgic. The Famagusta Gate was one of the original entrances to the city and most of the old churches will be found here. In Nicosia you will also find the Cyprus Museum, which is home to Cyprus' most important collection of antique treasures, dating back to Roman and Neolithic times. All around the city there are Crusader castles, exciting museums and Greek and Roman temples.

Another must see in Nicosia is the Jewellery Museum, home to some of the most spectacular pieces in Cyprus. There is also the stunning building of the Municipal Theatre.

Like the old Berlin of the Cold War, modern day Nicosia is divided into two, a Turkish half and a Cypriot half, and life in Nicosia is a fascinating mixture of Persian, Assyrian, Egyptian, Turkish and Greek.

The hippest music club in Nicosia is called Factory (in Michael Paridi Street) and it stays open until 4am. In Athenas Avenue there is the Bastione Café, a delightful, old-fashioned café and piano bar that serves many different kinds of coffee. And in Klimentos Street you can find Abu Faysal, arguably the best Lebanese restaurant in Nicosia.